-- Robbin's Nest RV Park (Bandon) Quite possibly the very worst I've ever experienced .Between the mold and lice in the shower. The one washer and dryer that is always out of order . Unleashed dogs and their feces everywhere.Unhappy in 2014.Update.

Located approximately 65 miles north of the California border or just a couple miles north of Port Orford, the Cape Blanco Lighthouse was originally built to warn ships of the rough surf off the Southern Oregon Coast. A fixed, white light, emitted from a powerful first-order Fresnel lens, was installed in 1870. A slightly smaller, revolving lens was installed in 1936 along with an electric motor, powered by a generator. The motor and lens are still operating in the tower today.

Bricks kilned by a local mason were used for its construction as a cost-savings measure. The first of the 200,000 of which were delivered in May 1870. A hood was installed around the lens in 1910 that was raised and lowered by a motor powered by a generator, which is still used today. 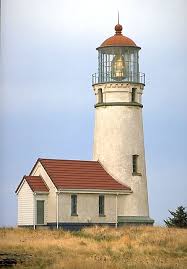 The lighthouse sits near the former 2,000-acre ranch belonging to the family of one of the early light keepers James Hughes. The two-story 1898 home is listed on the National Register of Historic Places and is open to the public. The first principal light keeper, H.B. Burnap, had served at the original Umpqua River Lighthouse prior to its demise in 1863. Prior to construction of the lighthouse, hotelier Louis Knapp kept a lantern in an ocean-facing window to guide ships through the treacherous coastline.

The lens was automated in 1980. Restoration work was performed on the lens in 2002 and the tower's copper roof and lantern room received some attention in 2003.